If you find yourself constantly feeling fatigued, distracted, moody and just plain “off,” you’re likely dealing with some level of “brain fog.” Brain fog has become an unwanted side effect of our fast-paced, industrialized lifestyle. Unfortunately today, many of the convenient-but-processed foods and factory-farmed meats we eat and the various ways we spend our time do not support brain health.

A high percentage of people suffer from nutrient deficiencies, sugar overload and blood sugar imbalances, a lack of sleep and elevated levels of stress, all of which deplete energy levels. In addition to getting enough rest and relaxation, the brain relies on a steady stream of nutrients including: vitamins and minerals, amino acids, essential fatty acids, and glucose from complex carbohydrates,

Fortunately, brain fog is considered a reparable condition. Want to regain your sense of clear-headedness, focus and joy? Like nearly all things health-related, it starts with addressing the underlying issues, including your diet, stress levels, sleep and level of physical activity. Click here to read 9 Ways to Eliminate Brain Fog

Suffering from brain fog is basically the opposite of feeling level-headed, calm, optimistic and motivated. Brain fog can easily rob you of inspiration and happiness, while increasing the likelihood for symptoms of anxiety and depression. Researchers from the Departments of Physiology and Medicine at New York Medical College Valhalla describe brain fog symptoms as “an interaction of physiological, cognitive, and perceptual factors.” It’s likely that brain fog is rooted in a lifestyle that promotes inflammation and hormonal imbalances — and is exacerbated by stress.

First and foremost, it’s not surprising that if you’re not getting enough sleep, you have a higher likelihood of always feeling tired and dealing with brain fog. We all need between about seven to nine hours of quality sleep every night to think clearly — and children and teenagers usually need even more.

If you do consistently get good sleep but still struggle with brain fog symptoms like ongoing fatigue and low motivation, chances are this might have something to do with the quality of your diet. Deficiencies, coupled with sugar, alcohol, refined carbohydrates and caffeine overdose can majorly impact brain function.

A 2013 study printed in the Journal of the Clinical Autonomic Research Society used the Wood Mental Fatigue Inventory test (WMFI) to gather information from 138 subjects suffering from brain fog. The top-ranked descriptors of brain fog were “forgetful,” “cloudy,” and “difficulty focusing, thinking and communicating,” while the most commonly reported brain fog triggers were fatigue, lack of sleep, prolonged periods of standing, dehydration and feeling faint.

On a cellular level, brain fog is believed to be caused by high levels inflammation and changes to three primary hormones that determine your mood, energy and focus: dopamine, serotonin and cortisol. Cortisol is often called the body’s primary “stress hormone,” since it helps keep you awake and alert, while dopamine and serotonin help keep you joyful, motivated and calm.

The brain and entire body rely on a complex symphony of hormones that work to keep one another in check, so when levels of one hormone either falls too low (for example, serotonin drops due to a very low carbohydrate intake) or climbs too high (cortisol increases due to stressful events over money), the whole system can be thrown off. Rebalancing your production of these chemicals helps put you on the right track for better brain function.

The other factor that increase brain fog symptoms and robs you of your usual personality “spark” is, unsurprisingly, inflammation, which is at the root of most diseases. Inflammation is caused by low-grade overactivity of the immune system and is tied to mental disorders like depression, Alzhemier’s disease, dementia and insomnia. One theory behind the underlying reason for brain fog symptoms is that higher levels of inflammatory molecules, including adipocytokines and histamines, stimulate microglia activation.

Microglia activation is commonly found in brains of children with autism as well as in other psychiatric diseases and is related to corticotropin-releasing hormone that seems highly tied to mental disorder development. According to a 2015 report published in Frontiers in Neuroscience, people most likely to suffer from brain fog include those dealing with chronic fatigue syndrome; autism spectrum disorders; celiac disease, gluten intolerance symptoms or other food allergies; fibromyalgia symptoms; mastocytosis; Alzheimer’s disease; and other neuropsychiatric disorders.

The good news is that anti-inflammatory foods support brain health, and high intakes of vitamins and minerals have been shown to benefit people’s moods and mental capabilities.

This article is not meant to serve as medical advice. 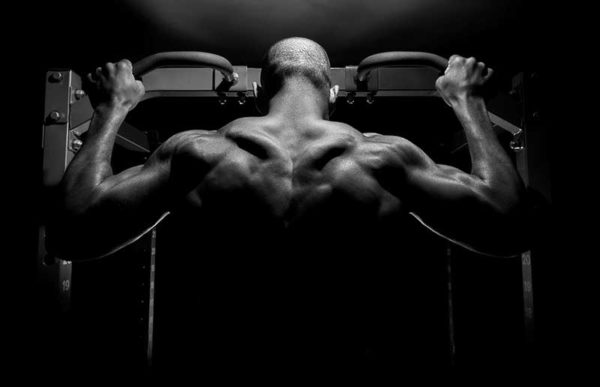