Microblading vs. Eyebrow Tattooing: 6 Key Differences and Why They Matter 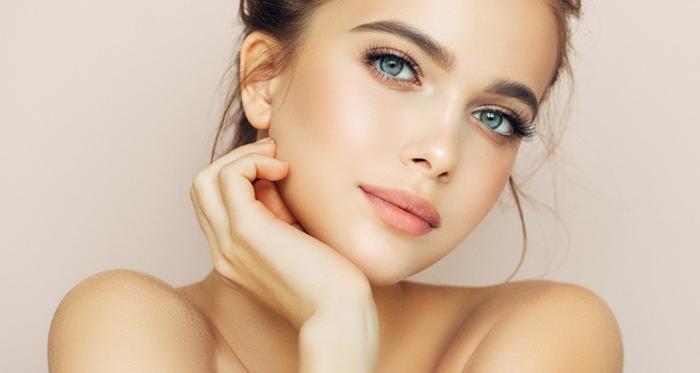 Without a doubt, the biggest beauty trend of the past decade has been strong, bold brows. And, ever since natural brows made it big, our obsession with keeping them slaying 24/7 hasn’t stopped. The beauty world’s answer to the overly plucked brows of the 90s (not a good look for most of us) is microblading; a type of eyebrow tattoo that uses a small handheld tool to apply a line of semi-permanent pigment under the skin, using fine hair-like strokes. This gives the appearance of naturally fuller brows. It’s similar to eyebrow tattooing (in fact, it’s a form of eyebrow tattooing), but different in some very important ways. Here we discuss the differences:

Microblading creates a more natural end result compared to eyebrow tattooing, which results in brows that appear “drawn on” and flat. This is because the microblading technique creates individual hair-like strokes that are identical to hair growth pattern of the surrounding eyebrow hair as opposed to one thick dark brow created by tattooing. A good microblading artist can make treated areas look like a more dense version of the natural brow hair.

Tattoo ink is used for eyebrow tattooing while microblading uses a specialized micropigment. Ink differs greatly from pigment in the way it fades over time. As tattoo ink fades, it often develops a blue-green colored tint, especially around the edges of the tattoo. This can leave people with some oddly colored eyebrows that often look as though they were created with a Sharpie.

In contrast, microblading pigment is specifically designed to fade into a lighter version of the color used so the patient retains a natural appearance.

Eyebrow tattoos are permanent. Once the ink is tattooed onto the skin it is there for life (although undesirable fading of the ink as mentioned above is possible). This is very different from microblading, where the results typically last about 8 months to a year. Simple “touch-up” “color boosts” treatments can be done annually if the microblading client wishes to maintain their enhanced brow. The semi-permanent nature of microblading allows for the ability to change the appearance of their brow as trends change.

4. MICROBLADED BROWS ARE HAND-DRAWN; WE DON’T USE A MACHINE.

This makes a big difference! Because microbladed brows are hand-drawn using a nanoblade to sketch the hair strokes penetrating a mere 1mm into the skin,  there is less impact on the skin than with traditional tattooing, which uses a machine. What this means for you is that the ink will not bleed over time. With a great microblading artist, you can be sure that the fine lines that are meant to simulate your natural hair will not bleed out, like the fine lines of a traditional tattoo.

This is one area that microblading vs eyebrow tattooing have many things in common. Both will take 4-6 weeks to fully heal. They will both require a post-procedure touch-up once the brows are healed to perfect the design and fill in the areas that the pigment or ink didn’t take as well. They will also both have redness and possible swelling directly after the procedure that can last up to two days. There are some differences though. With ink, if there were any mistakes or lines that were created that were undesirable, it is very difficult to fix it. Because microblading uses pigment; if there were any strokes out of place that you wish to get rid of, it is possible. In fact, the pigment will fade approximately 40% before your touch-up. When it fades, those unruly strokes will almost disappear.

When your microblading specialist goes back in to touch-up your brows, he/she simply has to avoid going over any strokes you do not want to keep. By darkening the rest of your brows, it will diminish any mistakes and eventually, they will fade completely. That said, it is very unlikely that you will have any unwanted hair strokes, but at least you know there is a way to fix it if you do. PLEIJ Salon offers a special aftercare ointment that accelerates the healing process and allows them to retain more pigment. This product creates a thin, skin-like barrier that helps with pain, swelling, healing, and pigment retention. With this product your brows will heal in half the time. Contact us for details!

MICROBLADING VS TATTOO EYEBROWS IN SUMMARY

Microblading definitely has its advantages over traditional eyebrow tattooing, but it’s still so important to find a great microblading artist. Because like tattooing, microblading is an art and requires an artist behind the microblade.