A Guide To Natural Deodorants And Why You Should Switch

As beauty shoppers get more educated about the ingredients in their products, they’re also faced with a serious question: are the formulas I love safe? One of the most popular items up for debate is aluminum-based deodorants and antiperspirants, with research suggesting it could cause breast cancer or Alzheimer’s. This has caused a huge segment of the population to make the switch to natural deodorants, though if you’re a newer user of a natural formula, you know it comes with a steep learning curve.

Those aluminum-based deodorant formulas are the only kind that can actually reduce sweating, and if your sweat glands err on the side of overactive, you might initially find natural deodorants aren’t a satisfactory solution. (The standard function of natural aluminum-free deodorants is to mask the scent of B.O.) Here we break down whether or not traditional, aluminum-based antiperspirants are inherently problematic.

The first deodorant, which killed off odor-producing bacteria, wasn’t introduced until 1888. The first antiperspirant, which reduces both bacterial growth and sweat production, came about 15 years later. Even then, however, most people were wary of applying such products to their underarms.

The Smithsonian wrote of these early products, “many people — if they had even heard of the anti-sweat toiletries — thought they were unnecessary, unhealthy or both.”

In the 21st Century, we’ve come full circle in a sense, as some people are realizing that applying various personal care products every day isn’t always necessary, effective or perhaps most importantly, healthy. Do you need to worry about the health risks of applying your deodorant?

Antiperspirants May Increase Odor-Producing Bacteria in Your Armpits

While traditional deodorants and antiperspirants are designed to tamp down body odor and moisture, the ingredients used could be harmful, and even make your pits smell worse in the long run. They can even change the pH balance to make your pits bacteria-friendly sweat saunas.

The reason your sweat smells is because the bacteria living in your armpits break down lipids and amino acids found in your sweat into substances that have a distinct odor.

Antiperspirants address this problem using antimicrobial agents to kill bacteria and other ingredients such as aluminum-based salts (aluminum chlorohydrate and aluminum zirconium) that literally block your sweat glands. However, separate research has revealed antiperspirants affect the bacterial balance in your armpits, leading to an even more foul-smelling sweat problem.2

Maybe that sounds great to you — a double whammy to bacteria. Not so fast. A 2016 study shows that these traditional products alter your skin’s ecosystem, and maybe not for the better. Those who used traditional antiperspirants saw a definitive increase in Actinobacteria, which are largely responsible for foul-smelling armpit odor. Other bacteria found living in people’s armpits include Firmicutes and Staphylococcus, but the odors they produce are milder, and they’re not produced quite as readily.

It turned out the less odor-causing bacteria may be killed off by the aluminum compounds (the active ingredient in most antiperspirants), creating an imbalance that allows bacteria that produce more pungent odors to thrive instead.

In some participants, abstaining from antiperspirant caused the population of Actinobacteria to dwindle into virtual nonexistence.

This means using an antiperspirant may make the odor from your armpits more pronounced, while discontinuing their use may eventually mellow the smell. The researchers explained in Archives of Dermatological Research: 2

“A distinct community difference was seen when the habits were changed from daily use to no use of deodorant/antiperspirant and vice versa … Antiperspirant usage led toward an increase of Actinobacteria, which is an unfavorable situation with respect to body odor development.

These initial results show that axillary cosmetics modify the microbial community and can stimulate odor-producing bacteria.”

Is There a Link Between Antiperspirants and Disease?

If you look at the ingredients in your antiperspirant, you’ll likely find that it contains aluminum, which acts as a “plug” in your sweat ducts to reduce sweating.

Aluminum antiperspirants may act as a long-term source of exposure to aluminum, which research suggests may accumulate in the body including the brain and breast tissue in women. Furthermore, there are beliefs that aluminum can harm the liver and the kidneys, two organs responsible for detoxifying the body.

This is problematic for a number of reasons, as aluminum may cause alterations to DNA as well as epigenetic effects that could potentially support cancer development. 3

Studies also show a high incidence of breast cancer in the upper outer quadrant of the breast, nearest to where antiperspirants are applied, together with “genomic instability.”3 Back in 2005, researchers concluded:

“Given the wide exposure of the human population to antiperspirants, it will be important to establish dermal absorption in the local area of the breast and whether long term low level absorption could play a role in the increasing incidence of breast cancer.”

No studies have directly examined the link between aluminum-containing antiperspirant use and Alzheimer’s risk however, concerns about antiperspirants and kidney disease were raised when dialysis patients were given a drug called aluminum hydroxide to help control high phosphorus levels in their blood. Because their kidneys weren’t functioning properly, their bodies couldn’t remove the aluminum fast enough, and it began accumulating. Scientists noticed that dialysis patients who had these high aluminum levels were more likely to develop dementia.

As a result, the FDA requires antiperspirant labels to carry a warning that reads, “Ask a doctor before use if you have kidney disease.” It’s suggested that this warning is only meant for people whose kidneys are functioning at 30% or less.

While industry groups suggest that the chemicals in these products do not absorb into the skin, or are in such small quantities, a recent study published in the medical journal JAMA found that concentrations of sunscreen ingredients were found in the blood after a single day of use, and continued to rise as daily use continued remaining in the body for at least 24 hours.

Parabens in Deodorant May Be Linked to Breast Cancer

Parabens are preservatives that are found in many antiperspirants and deodorants. These chemicals have estrogenic activity in human breast cancer cells, and research published in 2012 found one or more parabens in 99 percent of the 160 tissue samples collected from 40 mastectomies.5

While a definitive link hasn’t been made, the growing collection of research suggests caution is warranted. Considering chemical antiperspirants and deodorants are an optional product, it may be a risk that’s not worth taking.

You might be wondering what deems a product natural. Besides avoiding synthetic and artificial ingredients, these deodorants commonly have these three components:

Making the Switch to Natural Deodorants

Making the transition from conventional deodorants to all-natural and organic deodorants can be a process of trial and error. Don’t expect the same results as traditional deodorants when switching to a natural product. It could take a few days or weeks for your underarms to rebalance their ecosystem. You can try an armpit detox to potentially speed up the process, but keep in mind that natural deodorants won’t halt sweat. Instead, they’ll work to minimize odor when things heat up.

And we get it, while we all want to avoid using toxic chemicals and to protect our health and our delicate skin, no one wants to give up smelling fresh and clean in the process. Luckily, you don’t have to!

We’ve researched and tried over 80 different natural and organic deodorants before narrowing down to this list of the very best organic deodorants that actually work.  These deodorant products are made with natural bacteria and odor fighting ingredients and contain no nasty chemicals. All of the organic deodorants below are free from Parabens, Aluminum, Silica, Triclosan, Talc, Propylene Glycol, Steareths, and TEA/DEA (triethanolamine/diethanolamne). All products have also been double-checked against the Environmental Working Groups database to ensure that they only include the highest quality ingredients.

It needs to be pointed out that some natural ingredients work better for some people than others. While baking soda is an amazing deodorizer, some people with sensitive skin find it a bit too harsh for their delicate underarm skin and may want a baking-soda free variety. Those who sweat heavily may prefer an organic deodorant that contains more heavy duty sweat-absorbing powders like kaolin clay and/or cornstarch. The bottom line is this: there is a natural deodorant product that will work for you! You may just need to try different formula’s until you find the right blend for your skin.

The stick version of Primal Pit Paste’s famous organic deodorant. Made with the same 6 great ingredients as the paste with the exception of organic beeswax instead of the candelilla wax found in the paste (beeswax helps the stick to hold its shape). Other ingredients include organic shea butter, organic arrowroot powder, non-aluminum baking soda, organic coconut oil, and non-GMO vitamin E.

Everyone’s favorite organic deodorant! Made in Austin, TX with simple organic and natural ingredients like shea butter, arrowroot powder, non-aluminum baking soda, coconut oil, candelilla wax, and vitamin E. This BPA-free pit paste comes in a variety of scents (unscented, lavender, lemongrass, patchouli, and jasmine) and three strengths which make it an ideal deodorant for both men and women.

This organic arrowroot-based deodorant also includes organic coconut oil, jojoba oil, and beeswax while leaving out baking soda, aluminum, parabens, GMOs, and any synthetic ingredients. Snag it unscented if you’re especially fragrance-sensitive, or in Activated Charcoal, Grapefruit Lemon, Lavender, or Rosmary Patchouli. Plus, a little goes a long way; simple rub a pea-sized amount in between your index and thumb and apply to underarm area to for 24-hour coverage. If you want to keep it finger-free, their jars also come with a small wooden scoop stick for easy application.

Stronger body odor, this is typically related to not only the bacterial imbalances we previously discussed, but also toxins being expelled; it’s probably not your “natural” scent. If you’re living a “clean” lifestyle, meaning a lifestyle in which you’re minimally exposed to dietary and environmental toxins and therefore have a low toxic burden, your sweat will be close to odorless.

Sweating is one of the bodies means of detoxification, and therefore antiperspirants and attempts to inhibit your body’s natural sweating through the application of toxic chemicals is strongly discouraged. Profuse sweating can actually help decrease body odor and things such as: intense exercise (benefits due to weight loss and reducing stress sweat), regular sauna usage, cold therapy (also known as cryotherapy which aids in weight loss, and reduces stress sweat), avoiding high levels of certain foods such as alcohol, red meat, fish. garlic and onions, asparagus, cruciferous vegetables and eggs (due to their high sulfur content – which has a two fold effect as these foods enhance detoxification and help your body to eliminate toxins). Sweating may also help kill viruses and bacteria that cannot survive in temperatures above 98.6 degrees Fahrenheit, as well as on the surface of your skin.

Interestingly, research involving bacterial transplants to stop excessive body odor is being conducted. The idea is to fight odor-causing bacteria with their own kind: more bacteria. Researchers explained:14

“We have done transplants with about 15 people, and most of them have been successful … All have had an effect short term, but the bad odor comes back after a few months for some people.”

Another option for eliminating body odor, aside from washing regularly with soap and water, is exposure to sunlight. Ultraviolet light, specifically UVB, is a very potent germicidal. I have noticed that by tanning my armpits it eliminates armpit odor nearly completely, probably because the UVB kills any odor-causing bacteria.

At PLEIJ Salon+Spa, we are committed to sharing health and beauty tips to enrich your life. Everyone deserves to live an empowered life and we want to help you get there. 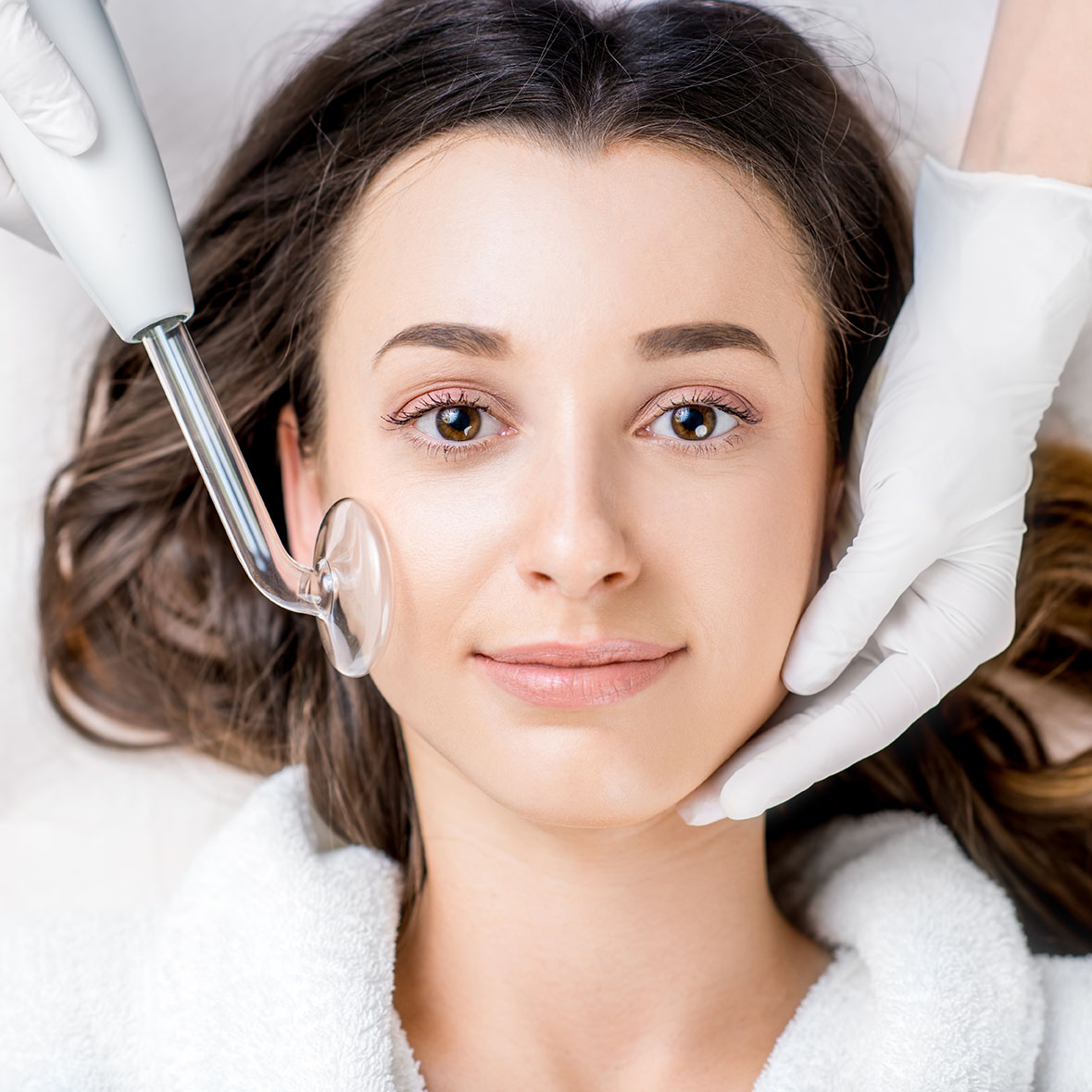 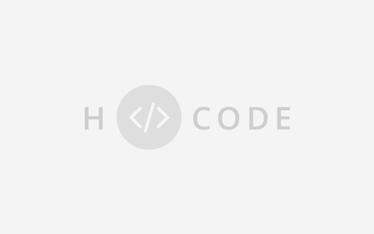