A Guide To Eye Health 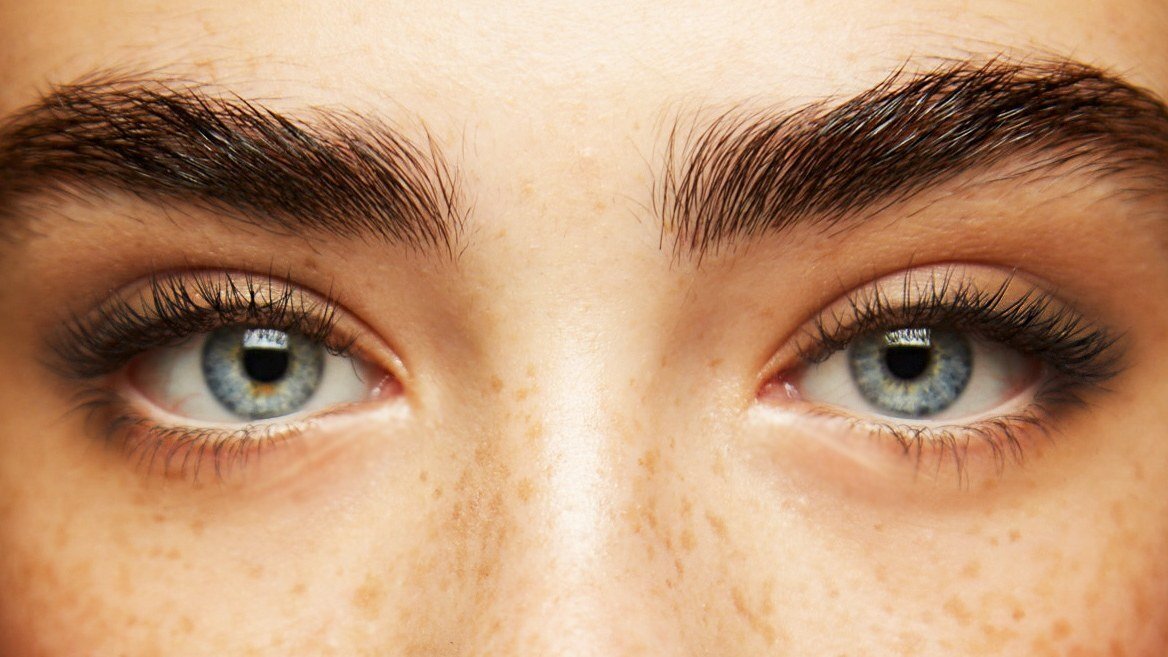 If you’ve ever been diagnosed with an eye condition such as macular degeneration, glaucoma, or myopia, an ophthalmologist may have told you that all you can do is “monitor its progress.”

While the medical community has long considered certain eye conditions irreversible and untreatable, or only treatable through surgical intervention, emerging scientific research suggests otherwise. Read on to learn how simple nutrition and lifestyle changes may help prevent visual deterioration and even repair some eye damage, all while promoting optimal eye health at any age.

You Can Improve Your Eye Health and Vision

Scientists have known for many years that neurogenesis, the growth of new nerve cells, occurs in the brain. However, emerging research indicates that the eyes, which are really an extension of the brain, also have cells capable of regeneration. (1) While it’s great news that eye cells can regenerate, what can we do to promote this process and how can we prevent eye damage in the first place?

It turns out that optimizing our gut health, eating a nutrient-dense diet, and engaging in healthy lifestyle practices such as regular exercise can go a long way toward promoting healthy eyes.

If you’ve read some of our previous blogs, then you’re well aware of the crucial roles that the gut, skin, and nasal microbiomes play in our bodies. However, you may not realize that your eyes also harbor their own unique collection of microbes—the ocular microbiome.

Your gut health is connected with more than just your eyes. Find out how to maintain and restore a healthy gut.

The ocular microbiome was first described by Dr. Robert Keilty in 1930. Using culture-based methods, Dr. Keilty quantified microbes in swabs of conjunctival tissue (found on the surface of the eye as well as the interior of the lids). While his methods were imperfect and identified only a small subset of ocular bacteria, we can thank him for first drawing attention to the ocular microbiome. (2) In 1975, researchers expanded upon Dr. Keilty’s research, using more advanced culture techniques to assess the ocular microbiome. They found bacteria, primarily Staphylococcus and Propionibacterium, in 90 percent of eye samples. (3)

Today, culture-independent methods are the gold standard for microbiome analysis, including the study of the ocular microbiome. 16S rDNA sequencing, a form of microbial identification that amplifies bacterial genes to determine the presence and abundance of microbes, is more sensitive than culture-based methods and consistently identifies bacteria from ocular surface swabs. However, 16S rDNA sequencing does not differentiate between living and dead ocular bacteria and cannot detect viruses or fungi. More recently, using a combination of culture-based methods, 16S rDNA sequencing, and a new technology called “biome representational in silico karyotyping” (BRiSK), scientists have found that the ocular microbiome contains viruses and fungi in addition to bacteria. (4)

The ocular microbiome harbors relatively few commensal microbes and has a low degree of diversity compared to the gut, skin and nasal microbiomes. However, research indicates that it significantly influences eye health and disease. (5) The commensal eye microbiota protects the eyes from infection, and alterations in its composition increase the risk of ocular diseases. (6, 7)

The ocular microbiome is not the only collection of microbes that influences eye health; a fascinating body of research indicates that the gut microbiota also affects the eyes via the gut–retina axis. The gut–retina axis is a network of nerves that connects the enteric nervous system of the gut with the nerves of the eyes. Several recent studies indicate that gut dysbiosis and intestinal permeability contribute to the development of eye conditions by sending inflammatory signals from the gut to the eyes along the gut–retina axis. (9, 10)

Nutrition Tips: What to Eat for Healthy Eyes

The relationship between nutrition, the gut microbiota, and eye health begins early in life. Research indicates that breastfeeding confers healthy visual function in infants and has protective effects against myopia. (13) However, for long-term eye health, several other dietary factors also need to be considered.

The Standard American Diet, frequently referred to as the “Western” diet, is an established risk factor for age-related macular degeneration (AMD). (14) It harms the eyes by promoting an inflammatory gut microbiota; by inducing hyperglycemia, which damages the network of tiny blood vessels of the retina; and by depriving the body of nutrients critical to eye health. (15, 16) To protect your eye health, eliminate refined carbohydrates, added sugars, and industrial seed oils from your diet. Instead, adopt an eating plan that is high in nutrient-dense foods, such as an ancestral diet.

The retina contains a high concentration of unsaturated fatty acids, which are quite susceptible to oxidative damage. Dietary antioxidants, including carotenoids, vitamin C, and vitamin E, are crucial for eye health because they help prevent oxidative damage of the retina.

Lutein and zeaxanthin, found in a variety of fruits and vegetables, are antioxidants that help maintain the structure and function of the macula of the eye. They scavenge free radicals, absorb damaging blue light, and protect against retinal disease. (17) Astaxanthin, a carotenoid found in salmon, shrimp, lobster, and krill, inhibits cell death of retinal ganglion cells in animal models of diabetes-related eye diseases (like diabetic retinopathy); it also reduces biomarkers of oxidative stress and DNA damage in the eyes. (18, 19)

Vitamin C helps regulate intraocular pressure by maintaining a healthy tissue, called the trabecular meshwork, which plays a large role in regulating the pressure within the eye. (20) Vitamin E preserves important lipids that make up the retina of the eye. (21) Vitamin C is found in berries, citrus fruits, broccoli, Brussels sprouts, and bell peppers, and vitamin E is found in olive oil, avocados, nuts, and seeds.

Omega-3 fatty acids, particularly docosahexaenoic acid (DHA), are essential for healthy ocular function. DHA is found in high concentrations in the retina of the eye, where it maintains the structure of photoreceptor cells and promotes healthy visual function. (22)  Low omega-3 levels are associated with several eye diseases, including dry eye syndrome, AMD, and glaucoma. (23, 24, 25) Conversely, a high intake of omega-3 fatty acids is associated with a reduced risk of macular degeneration, lower intraocular pressure, improvements in dry eye syndrome, and protection of retinal cells from oxidative damage. (26, 27, 28) Research indicates that omega-6 fatty acid intake must be kept at a minimum to reap the maximum eye health benefits of omega-3s. (29)

Preformed vitamin A is a critical component of the protein rhodopsin, which is involved in vision; vitamin A deficiency is a well-known cause of dry eye syndrome and blindness. Preformed vitamin A is found only in animal foods, such as cod liver oil, pastured egg yolks, beef liver, chicken liver, grass-fed full-fat dairy products, and seafood. Carotenoids such as beta-carotene, lutein, and zeaxanthin are found in yellow and orange plant foods; while carotenoids have their own unique health benefits, their conversion to vitamin A is limited. Therefore, to optimize your eye health, it is crucial that you consume vitamin A-containing foods.

Vitamin D receptors are found in several structures in the eye, including the retina, retinal pigment epithelium, and the vascular layer known as the choroid. (30, 31) Vitamin D interacts with these receptors to regulate antioxidant systems, inflammation, and the development of new blood vessels in the eye.

Nutraceuticals are functional foods and supplements that provide health benefits; in this case, they improve eye health and protect against vision problems.

The dark blue berries of the bilberry shrub contain flavonoids that protect the eye from light-induced oxidative damage. (37, 38) Bilberry supplementation slows myopia progression in children, boosts tear secretion in people with dry eye syndrome, and suppresses retinal damage induced by blue light exposure. (39, 40, 41) In clinical trials, bilberry products that have been standardized for anthocyanin content are most frequently used. The dosages range from 40 to 80 mg of bilberry anthocyanins, taken two to three times a day.

Coenzyme Q10 (CoQ10) is an essential cofactor in the production of energy for cells and a potent antioxidant that protects lipids, proteins, and DNA from oxidative damage. CoQ10 protects the eyes from oxidative stress induced by ultraviolet light exposure. (42) It may also help prevent AMD and glaucoma by normalizing intraocular pressure, boosting energy production in retinal cells, and protecting vision-related nerve cells. (43) The recommended dosage of CoQ10 ranges from 90 to 200 mg taken once per day.

Ginkgo extract, derived from the leaves of the Ginkgo biloba tree native to Korea, Japan, and China, is rich in antioxidant polyphenols. Its polyphenols have demonstrated neuroprotective effects on retinal ganglion cells and improve vascular function in the eyes, thereby normalizing intraocular pressure and reducing the risk of glaucoma. (44, 45) The benefits of ginkgo for glaucoma are boosted when it is administered with bilberry anthocyanins. (46) Based on clinical research, the recommended dose of ginkgo for vision is 120 to 160 mg per day. (47, 48)

Alpha-lipoic acid (ALA) is an essential cofactor in cellular energy production and a powerful antioxidant. ALA inhibits retinal ganglion cell death in animal models of glaucoma and optic neuritis, an inflammatory eye condition. (49, 50) It also improves visual contrast sensitivity in type 1 and 2 diabetics. (51) The recommended dose, based on clinical research, is approximately 300 mg per day.

Curcumin, a bright yellow pigment derived from turmeric root, has potent antioxidant properties. In animal models, it inhibits retinal cell degeneration caused by eye injury and, when applied directly to the eye, improves symptoms of glaucoma. (52, 53) While I do not recommend making DIY curcumin eye drops at home, oral liposomal curcumin has been found to have beneficial effects on the eyes in animal studies. To reduce eye inflammation, try supplementing with a liposomal curcumin product such as Optimal Liposomal Curcumin with Resveratrol.

Three Lifestyle Changes that May Improve Your Eye Health

Aerobic exercise has profound effects on the eyes; it increases brain, blood, and retinal levels of BDNF, a nerve growth factor, and lowers intraocular pressure, thereby reducing the risk of AMD and glaucoma. (54, 55) While the minimum amount of exercise needed to support eye health is uncertain, aim for three to five sessions of aerobic activity per week.

Research suggests that a lack of sunlight exposure may promote myopia in children; conversely, outdoor activity is associated with a reduced risk of myopia. (56, 57) If you have children, encourage them to get outside every day. Make sure to get outside yourself as well; try taking a short walk at lunch, fit in a run or bike ride, or spend some time working in your garden.

For many of us, digital technology rules our lives. In addition to monopolizing our time, digital devices have another significant drawback—the light they emit harms our eyes. Blue and LED light emitted from digital devices induces DNA double-strand breaks in retinal neurons, increases levels of oxidative stress in the eyes, and compromises blood–retinal barrier function. (58, 59) These effects significantly increase the risk of dry eye, cataracts, macular degeneration, visual fatigue, and nearsightedness. (60)

To minimize the harmful impact of blue light on your eyes, download a blue light-reducing app on your smartphone and computer, such as Iris or f.lux. Blue light-reducing integrations have been found to improve dry eye and eye fatigue. (61) At night, wear blue-light-blocking glasses, such as Swannies Blue Light Blocking Glasses. Finally, limit your overall screen time by determining which digital devices and apps are essential in your life and which ones you can do without.